Where does this phobia of getting stuck in a relationship come from? Why do there seem to be more and more people between 20-50 who prefer to go through life as a conscious part-time single? One could assume that today’s world of work, which determines more than half of our lives, is one of the culprits.

After all, today there are hardly any activities and jobs that are not characterized by temporary employment, part-time work, uncertainty, loss of planning and fear. So why should our relationship life be easier? Where a relationship between two people can be torn apart professionally at any time. Where one cannot afford to give up one’s apartment for the other, even in the same city. Because if the relationship doesn’t last again, where can you get a decent apartment in the inner city ring with today’s rent prices and low salaries? So we prefer to live in separate districts and postpone the decision until some time. 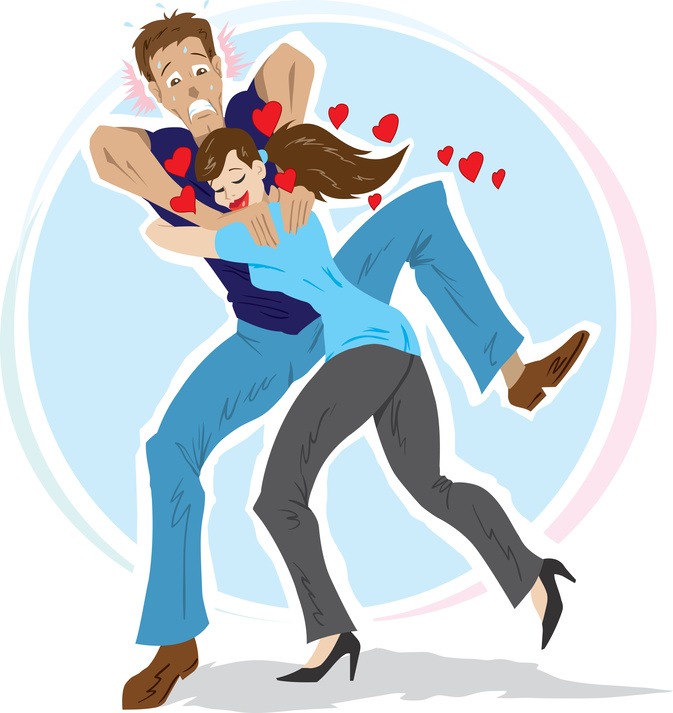 Some, in turn, claim that the generation relationship phobia is a product mix of the generation selfie, the generation ego, the generation self-optimization and the generation impatience. Those who only get enough dopamine flowing in their bodies when all possibilities of life are constantly being exhausted, in their leisure time or with the other/same sex, those who have mutated into a spoiled impatience junkie through smartphone, tablet or ipad, those who today, with Tinder, Lovoo and even clearer love portals, have more sex per day and button available than a generation before in their whole life, yes, they have a problem. And that could well cause relationship anxiety. But unfortunately it is not that simple. Therapists like Stefanie Stahl and her excellent book: “YES!” can only confirm this. Relationship fears are certainly eased by today’s social-media possibilities.

Just think of the countless possibilities on the net to hide your own psychic problem with an avatar identity. On the other hand, futurologists nowadays consider the polyamorous human being (the human being who consciously enters several relationships at the same time, whereby the partners know about it, in contrast to earlier) as the NEXT BING THING. So it is not really noticeable at first when you meet someone who cannot and does not want to commit himself. In the past, when you met someone new in a bar, you had at most three adversaries: the ex who couldn’t let go yet, the buddy who finally saw his chance coming or Mr Nice Guy, who unfortunately had successfully started “our” new conquest two days before. And today? The three anyway plus about eleven more dating portals with Eric117, Frank XF and DanielOC.

Of course, the same applies to women who want to get to know men. Is it any wonder that more and more people are developing a fear of commitment. Already suffered psychological injuries in the recent past make this even more understandable. But the real reason for relationship phobia lies, as so often, in the more distant past. On the one hand in childhood ( the more severe form), on the other hand in the early adult stage ( the easier form). In childhood it is often a too strict, distant or overprotective, unfortunately often a single mother who does not leave any room for the child. The constant functioning, constant expectations and demands are confused with upbringing and cause resistance against just such expectations early in the child. This can lead to defiance and self-protection from alleged oppression and the breaking off of the relationship in adulthood when expectations arise.

As a young adult (the lighter form) a deep injury must have occurred in one of his first love relationships to trigger such a post-traumatic relationship phobia. For example, when the person learns that he or she has been cheated on all the time during a relationship lasting several years. Such an injury can then lead to a later protective wall which is always erected as soon as the relationship phobic falls too much in love with another person, but never wants to experience this pain of disappointment and separation again, and therefore prefers to run away first. Self-protection is above everything for him. Therapists, no wonder, rightly recommend therapy. Futurologists possibly the polyamorous life form. The author recommends Buddhist meditation against convulsive adherence to the ephemeral. To learn to let go and enjoy the ephemeral as long as it is there.